The botanical clock, or ‘Watch of Flora’, was a garden plan hypothesised by the eighteenth-century naturalist Carl Linnaeus. This ‘pretty fancy of Linnaeus’ was attempted by several botanical gardens in the early Victorian era, with dubious success.

So what exactly is the ‘Horologe or Watch of Flora,’ and what was it designed for?

Linnaeus observed the strong circadian rhythm or ‘chronobiology’ of forty-six flowers, from the opulent water lily, to the common daisy.  He optimistically suggested one could read the time by them ‘as accurately as by a watch’. The hawkweed ox-tongue, for example, opened its petals at 4-5am and supposedly shut them punctually at noon.

Linnaeus’ concept of floral timekeeping picked up on a deep rooted belief in the punctuality of plants – the goat’s beard (or Aruncus dioicus), for example, was said to regulate the ploughboy’s mid-day meal, and was thus locally referred to as ‘Jack-go-to-bed-at-noon’.

Thirty years before Linnaeus’ birth, such a floral clock may have been described by Andrew Marvell, in his poem “The Garden” (1678):

How well the skilful gardener drew

Of flow’rs and herbs this dial new;
Where from above the milder sun
Does through a fragrant zodiac run;
And, as it works, th’ industrious bee
Computes its time as well as we.
How could such sweet and wholesome hours

Be reckoned but with herbs and flow’rs!

Charlotte Smith’s ‘The Horologe Of The Fields’ provides a later ode to the ‘Watch of Flora’:

In every copse, and shelter’d dell,
Unveil’d to the observant eye,
Are faithful monitors, who tell
How pass the hours and seasons by.

The green robed children of the Spring
Will mark the periods as they pass,
Mingle with leaves Time’s feather’d wing,
And bind with flowers his silent glass. […]

Thus in each flower and simple bell
That in our path untrodden lie,
Are sweet remembrancers who tell
How fast the winged moments fly.

Time will steal on with ceaseless pace,
Yet lose we not the fleeting hours,
Who still their fairy footsteps trace,
As light they dance among the flowers

Smith’s romantic poem belies the often complicated matter of attempting to read the botanical clock and the difficultly of cross referencing between floral synchrony. Botanists frequently observed a flower’s punctuality to vary by as much as two hours. The “clock’s” accuracy was diminished according to the temperature change and seasonal effects that affected a plant’s flowering time.

The flowerbeds that arose from such endeavours were a peculiar hotchpotch of incongruous and often uncultivated plants, including clusters of dandelions (traditionally the plant weeded out of flowerbeds). Thus, despite its practical inaccuracies botanical timekeeping played an unorthodox, but significant, aesthetic role in the botanical fashion of the day. 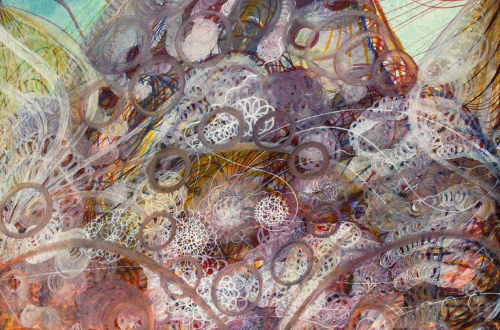 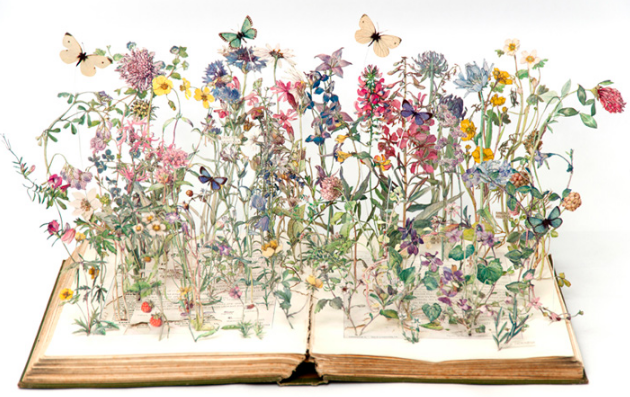