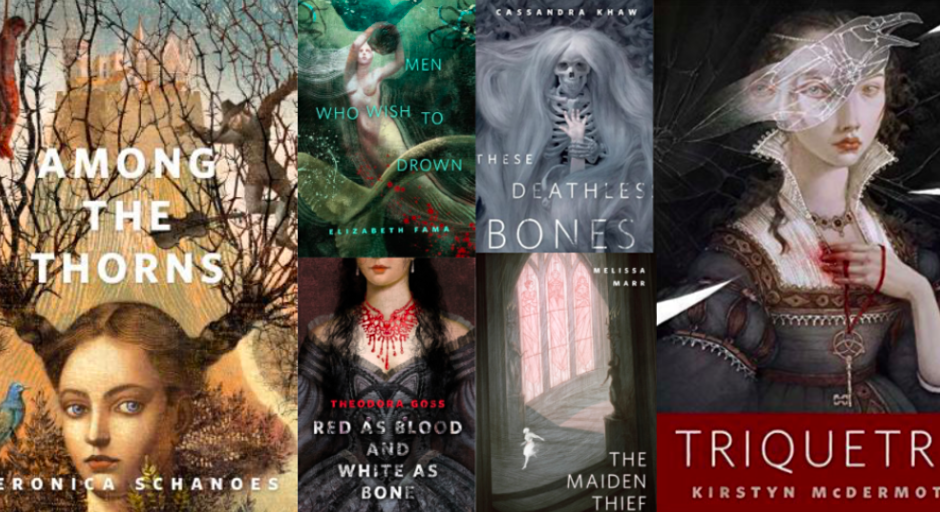 1. Red as Blood and White as Bone by Theodora Goss

A dark fantasy about a kitchen girl obsessed with fairy tales, who, upon discovering a ragged woman outside the castle during a storm, takes her in–certain she’s a princess in disguise.

2. The Maiden Thief by Melissa Marr

A dark fantasy novelette about a teenager whose town is plagued by the annual disappearances of girls and young women. Her father blames her when one of her sisters is one of the taken.

3. These Deathless Bones by Cassandra Khaw

A horror tale about the Witch Bride, second wife of a King, and the discord between her and her young stepson.

4. Among the Thorns by Veronica Schanoes

A dark fantasy taking place in seventeenth century Germany, about a young woman who is intent on avenging the brutal murder of her peddler father many years earlier, by a vagabond with a magic fiddle.

5. Men Who Wish to Drown by Elizabeth Fama

A deathbed letter from a great-grandfather to his great-grandson –a parable of regret.

A dark fantasy novelette about the fraught relationship between Snow White and her stepmother after Snow White marries the prince and has her own child.

Georgiana Houghton, the Victorian Artist who Channeled the Spirits of the Dead
April 28, 2016
The Strange Story of Anna Kingsford
May 18, 2016 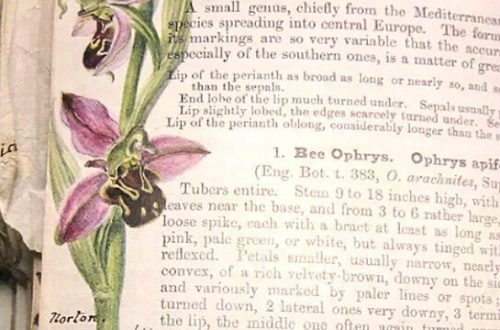 Affective Accretion: Reconciling the Material and the Emotional in Studies of the Victorian Era
August 12, 2019